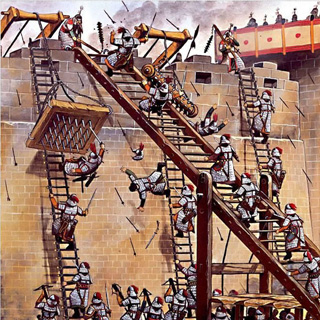 A fast-paced board game where 2 to 4 attackers try to siege a castle. Strategy, dice and betrayal.

The player controlling the castle is hated by the rest of players. The castle not only have soldiers to stop the incoming attackers, but also catapults to destroy them. Will the castle survive a siege of 7 days?

After an intense brainstorming, a series of fast iterations were made, play-testing with different people each time, and a different number of them to balance the game. Rules came in to go away later and others remained. And in the end, the laugh of the players is the best reward. 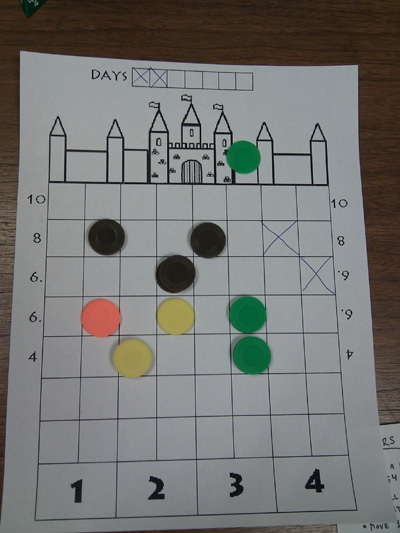